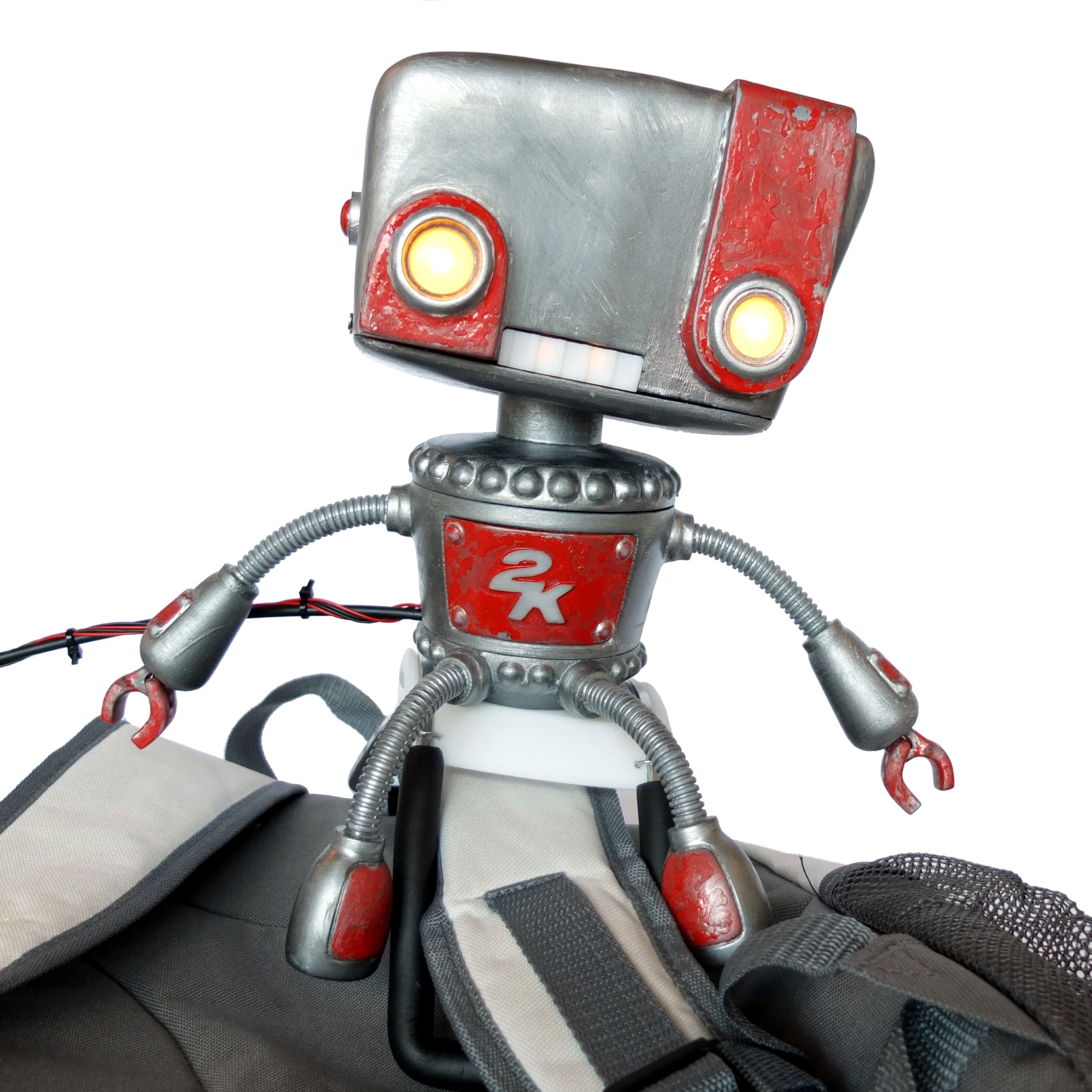 The School of Creative Arts was approached by creative agency, Ralph, which had proposed an idea to their client 2K Games for a shoulder-mounted animatronic light-up robot that would answer questions and perform live at Gamescon, the computer games trade fair in Germany. Time was of the essence with this project which meant that conventional hand processes could not be used to deliver the project on time. The only option to meet the deadline was to 3D Print all the parts and then assemble and finish by hand. The ‘2KBOT’, sitting on the operators shoulder was able to turn it’s head, and it’s eyes and mouth would light up via a hand held controller, allowing it to interact with the crowds of gamers at the show.